Hi everyone. Sorry for there being no blog for a few days. The last 3 nights have found us in locations without any phone service coverage or WiFi.

On the morning of day 4 we awoke to a winter wonderland; unexpected in early September.

After breakfast, with a degree of reluctance, and wearing just about every bit of clothing, we headed out. 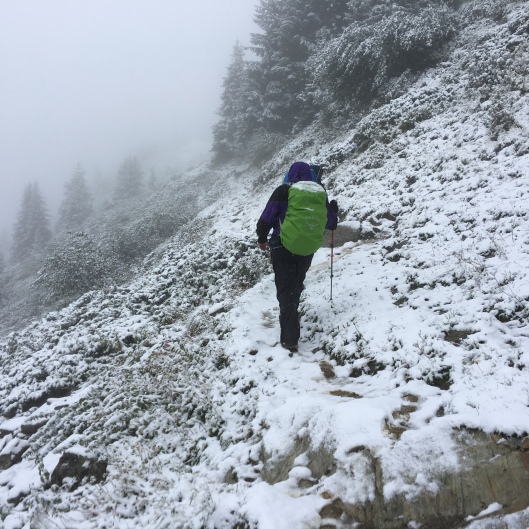 Despite heading down towards the ski resort of Verbier, or maybe because of it, the snow got heavier. But the scenery, or at least as much of it as we could see through the murk, became more picturesque. 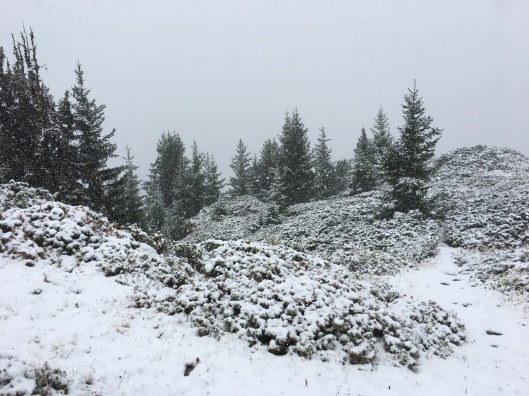 Sadly, shortly after this picture was taken my camera phone decided it was too cold and shut down. While being unfortunate that at least saves you being presented with endless snowy photos of us trudging through snow until lunchtime.

At about midday we neared the valley and in coming out of the snow we were treated to the first close-up view of an Ibex. 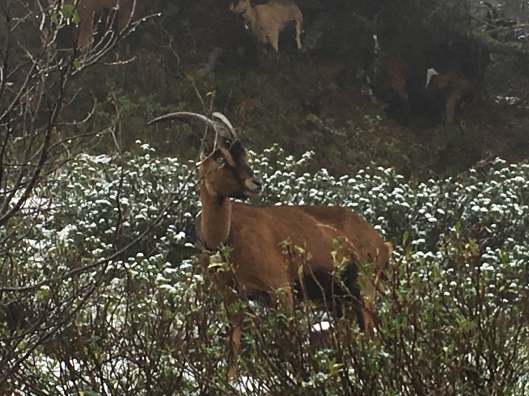 Once in the valley we were transferred to the village of Fionnay where we found a cafe in which to warm up before having a picnic lunch outside. At least it had warmed up a little. 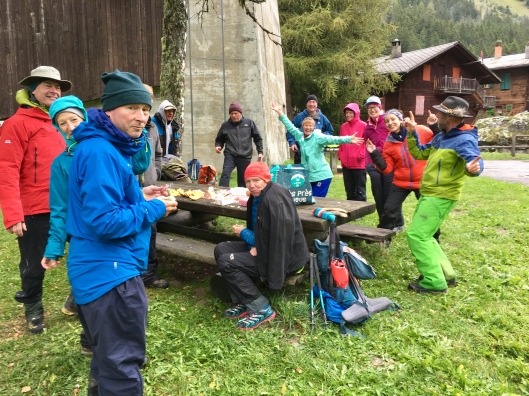 At this point our group increased to 14 with 5 new joiners; Ian’s girlfriend Catherine, Rob from Australia, Bobbie and Mandy from Pennsylvania and Dallas, and a Frenchman called Jean-Pierre.

After lunch we headed up into the clouds again and soon lost any visibility. There was little snow at this height, the precipitation having been replaced by rain. 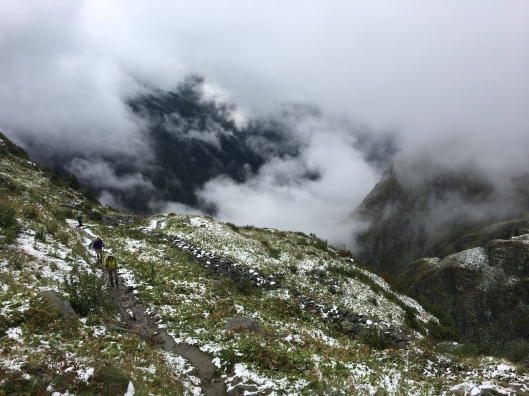 The occasional glimpses of the valley below were welcome but the afternoon became an uninteresting uphill slog. But spirits remained high as we got to know our new trek-makes.

In due course we reached the Cabane de Louvie, a traditional wooden building with a great view over the Lac de Louvie, apparently. Unfortunately we couldn’t see it and the lack of communications added to the joy. 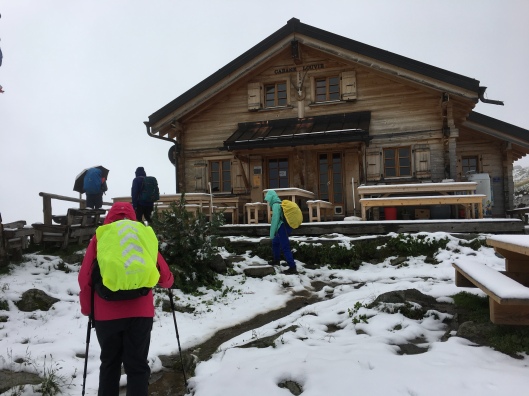 After dinner things perked up somewhat as Pascal produced some pipes and proceeded to entertain us with wit and music. What had been a fairly challenging day and one in which good humour had been in short supply ended very well. Thanks Pascal! 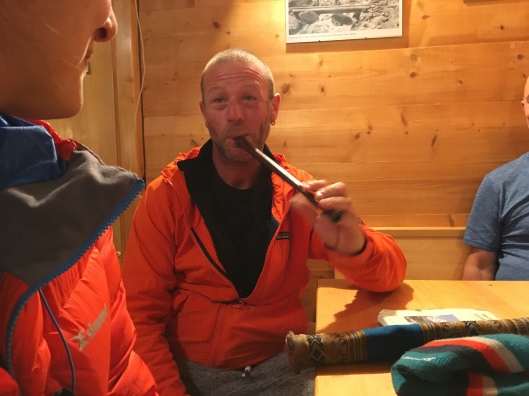 And so to bed in hope of better weather the next day.

And we got it!